The Great Fire at Hartington Creamery 1929 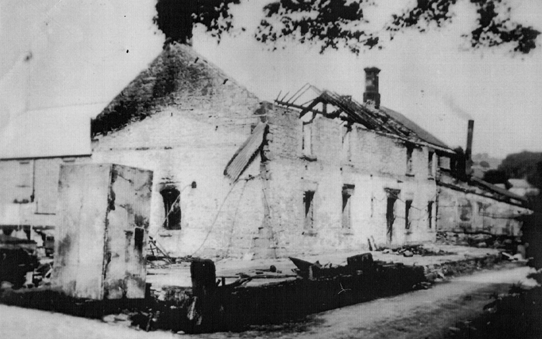 The Great Fire at Hartington Creamery 1929

The original Hartington Creamery was known as the Dove Dairy and suffered two devastating fires during its 150-year history. The first fire struck under the ownership of our founder Duke of Devonshire, who built the first Creamery in 1870 and produced a crumbly white cheese using surplus tenant farmers milk. The fire of 1894 partially destroyed the Creamery, and it remained empty for six years until being rebuilt by Thomas Nuttall. Thomas was an award-winning Stilton maker from Melton Mowbray who began making Blue Stilton at the Hartington Creamery in 1900; he was one of only three producers of Stilton at that time.

In the 1920’s John M Nuttall, Thomas’s son, took over the running of the Hartington Creamery. He expanded the business under the name JM Nuttalls. and they held a Royal warrant to supply Stilton to King George V. During the 1920’s that the Certification Trade Mark was issued that ensured the production of Stilton to the three counties of Leicestershire, Nottinghamshire and Derbyshire.

In 1929, the second fire swept through Dove Dairy, causing great destruction and requiring the Creamery to be rebuilt entirely. Some of the fire damage is seen in these photographs. In the late 1930s, the Hartington Creamery was acquired by the Government-owned and created Milk Marketing Board and became part of what was later known as Dairy Crest.

The images below show the devastation caused by the fire and the new building created in its place.