This history of Hartington Creamery

The original creamery was established by the Duke of Devonshire in the 1870’s, producing a white crumbly Derbyshire cheese, up until it was partially destroyed by fire in 1894.

After standing empty for six years, in 1900 it was taken over and recommissioned by Thomas Nuttall, a prize-winning Stilton Cheese maker from Melton Mowbray. Thomas began producing Blue Stilton at Hartington on the 1st April 1900. He was responsible for the legacy that made “Nuttalls” cheese famous throughout the world. The business was later taken over and expanded by his son, John M. Nuttall. John died in 1915 but his wife and site manager, Mr Joe Brindley carried on building the Creameries reputation. Joe Brindley (a local man) held the warrant to King George V in the 1930’s.

During the 1930’s a far-sighted regulation (a Certification Trade Mark) confined the legal production of Blue Stilton to the three neighbouring counties of Leicestershire, Nottinghamshire and Derbyshire. This helped to protect the cheese from inferior copies and keep it “special”.
This was further reinforced by Stilton being granted PDO status by the EU. 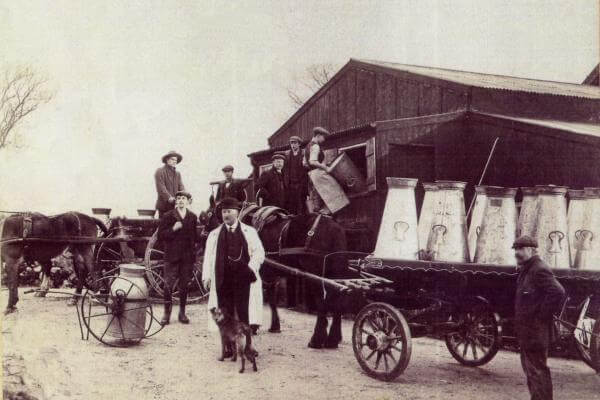 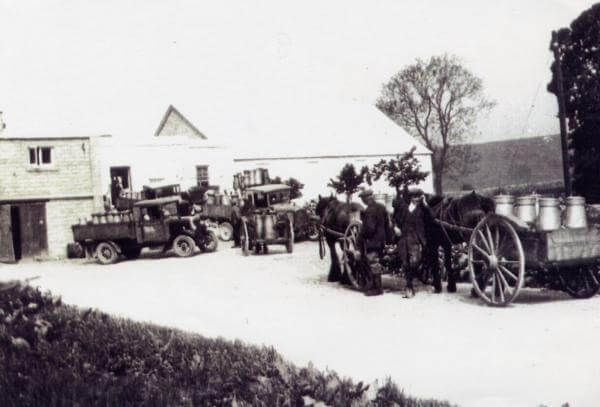 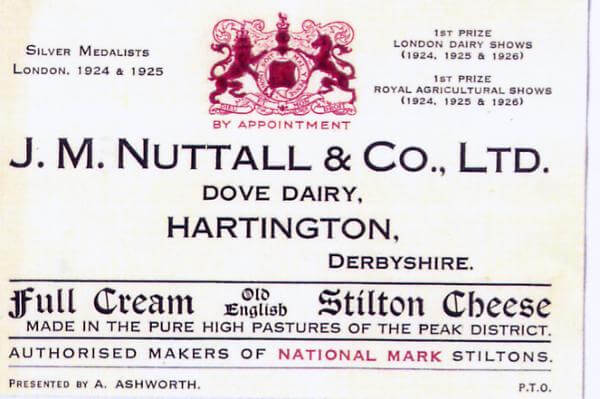 Progression in to the 20th century

Hartington was one of many cheese factories in the Peak District. As the twentieth century progressed it became far more profitable for farmers to supply milk to the fast-growing urban townships.

One by one the cheese factories in Derbyshire gradually closed, until only the Hartington factory was left.  They kept the Derbyshire cheese-making tradition alive up until 2009 when the factory closed.

This tradition was reinstated on the 17th October 2012 when the new Hartington Creamery Limited made its first cheese, at the historic Pikehall Farm, Hartington, Derbyshire Dales in the heart of the Peak District Park.

Pikehall Farm in the hamlet of Pikehall dates back beyond the 1600s when it was a toll point called the Pikeham Inne. It became a farm in 1675 and the original remains of the Roman road go straight through the farmyard up into the fields. Our 200 dairy cows use this Roman-built track as their daily milking parlour highway.  Pikehall has a neolithic burial ground and monument dating settlement at the hamlet to 2000 years before the Roman occupation.

The first products produced at the creamery were our own Peakland Blue and Peakland White both are unique to Hartington Creamery. These have been supplemented in 2014 with the return of Stilton manufacture to Hartington, with the first blue versions made in Derbyshire for 5 years in July 2014. 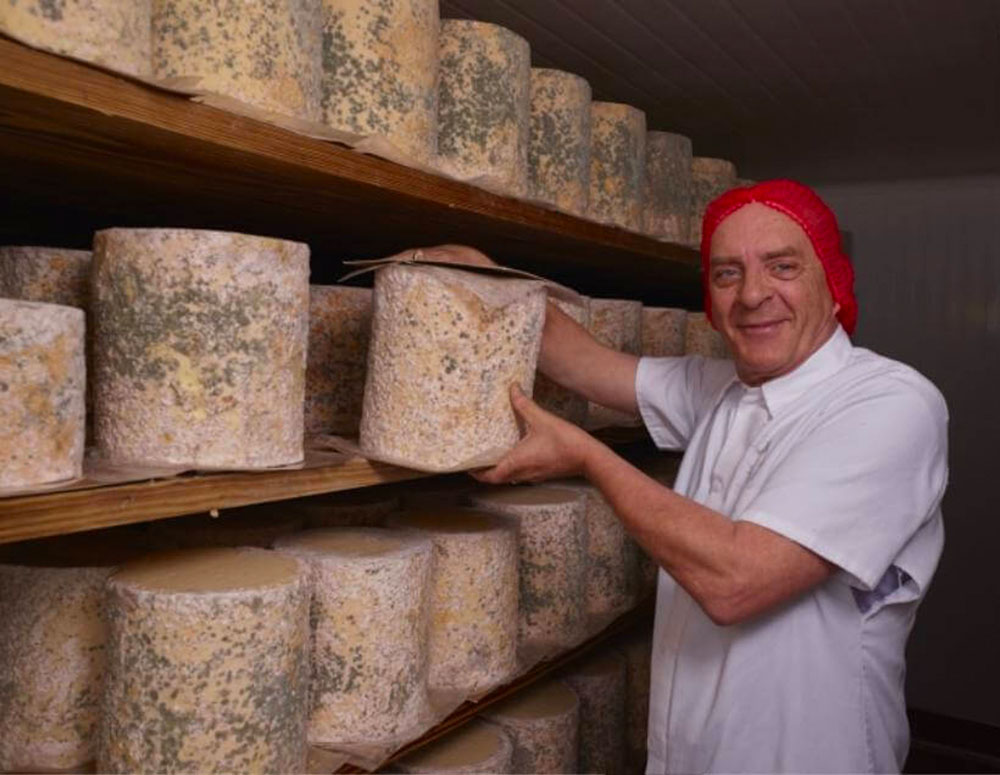 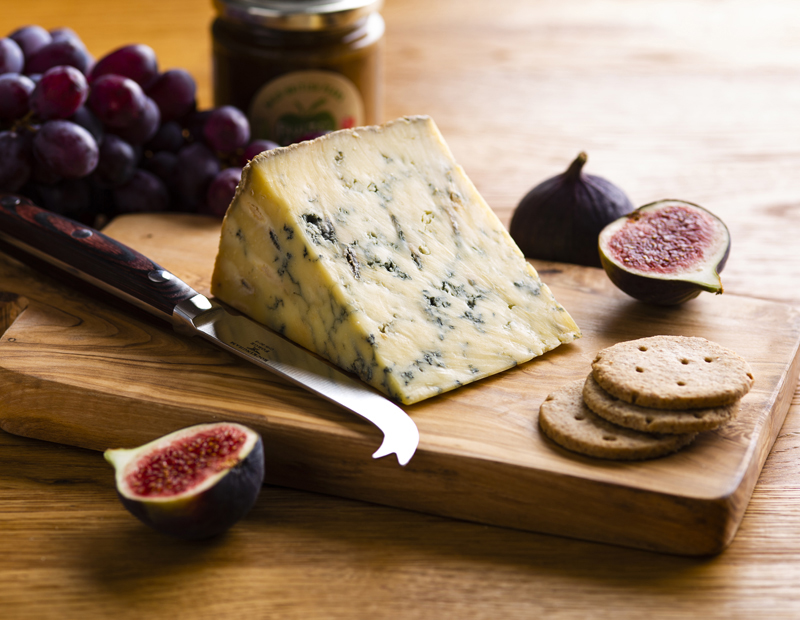 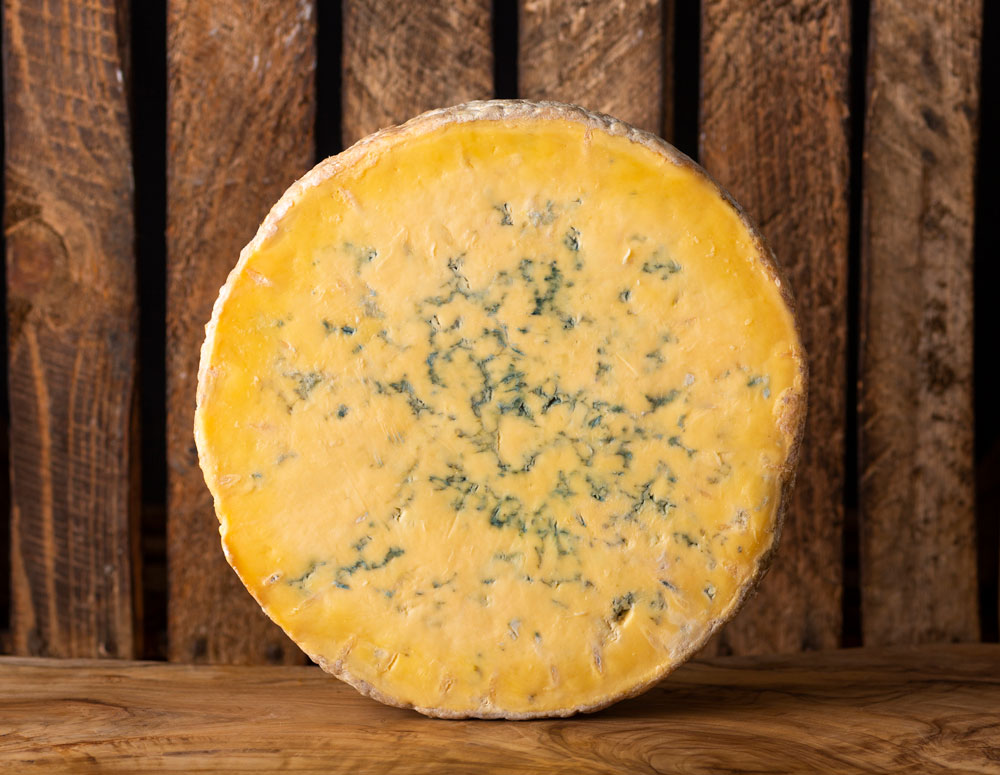 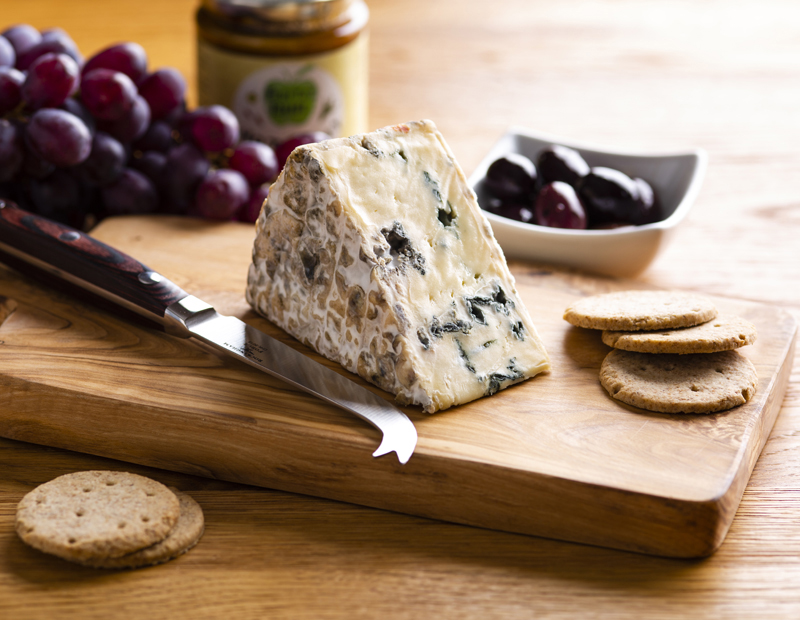 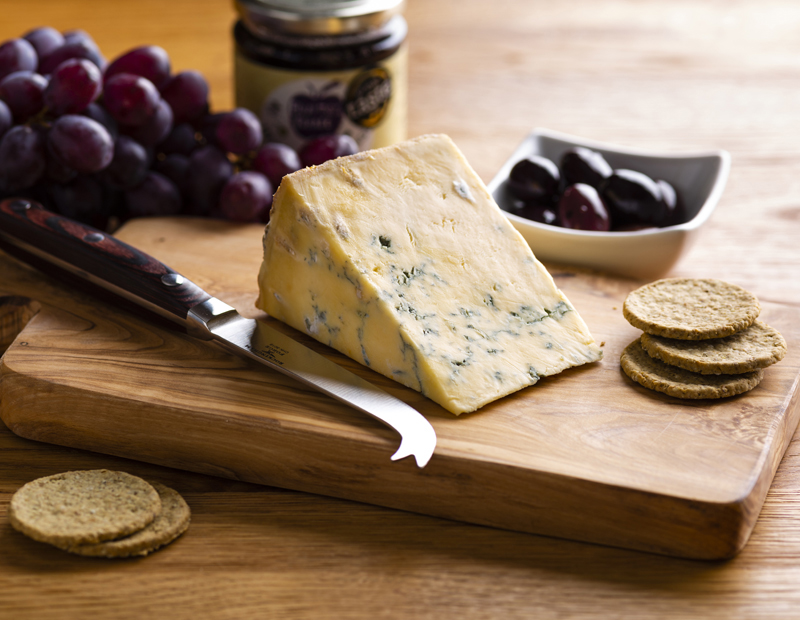 How is Stilton cheese made?

Stilton is made using pasteurised milk, starter cultures, rennet and blue mould spores. Once the curds have formed and the whey is removed the curds are allowed to drain overnight. The next morning the curd is cut into blocks to allow further drainage before being milled and salted. Each cheese requires approximately 11 kg of salted curd to be placed into cylindrical moulds (hoops). 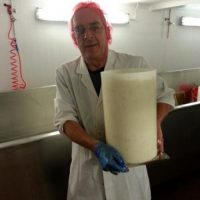 The hoops are then placed on boards and turned daily to allow natural drainage for 5 or 6 days. This ensures an even distribution of moisture throughout the cheese. The cheese is never pressed. After 5 or 6 days the cylinders/hoops are removed and the coat of each cheese is sealed by smoothing or wrapping (binding) to prevent any air entering the inside of the cheese. 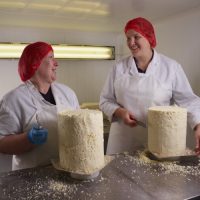 The cheese is then moved to the maturation store where the temperature and humidity are carefully controlled. Each cheese is turned regularly during this maturation/ripening period. 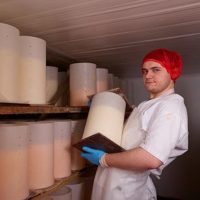 At about 5 weeks of age the cheese is ready for piercing with stainless steel needles. This allows air to enter the body of the cheese and start forming the distinctive blue veining associated with Stilton. At about 9 weeks of age when each cheese weighs around 8kg the cheese is ready to be sold. Before this can happen, however, every cheese must be graded using a cheese iron. 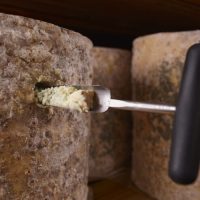 The iron is used to bore into the cheese and extract a small plug of cheese. Using sight and smell the grader will decide whether the cheese is up to standard and can be sold as Stilton. At this young age Stilton is still quite crumbly and has a slightly acidic taste. Some customers like a more mature cheese and if left for a few more weeks it will start to develop a smooth, buttery texture, with a more rounded mellow taste.

“Fruits of the Forage Plum and Pear BBQ Sauce” has been added to your cart.

You’ve just added this product to the basket:

United States
We ship to the US on a 1 – 2 days service with DHL Express Worldwide. Prices start from £25 and are calculated during checkout based on the weight of the parcel. If you have any questions, please contact us. Please note during peak times this may be delayed. 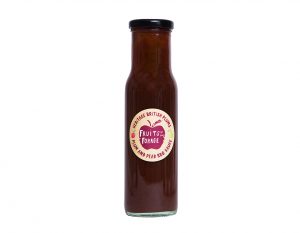