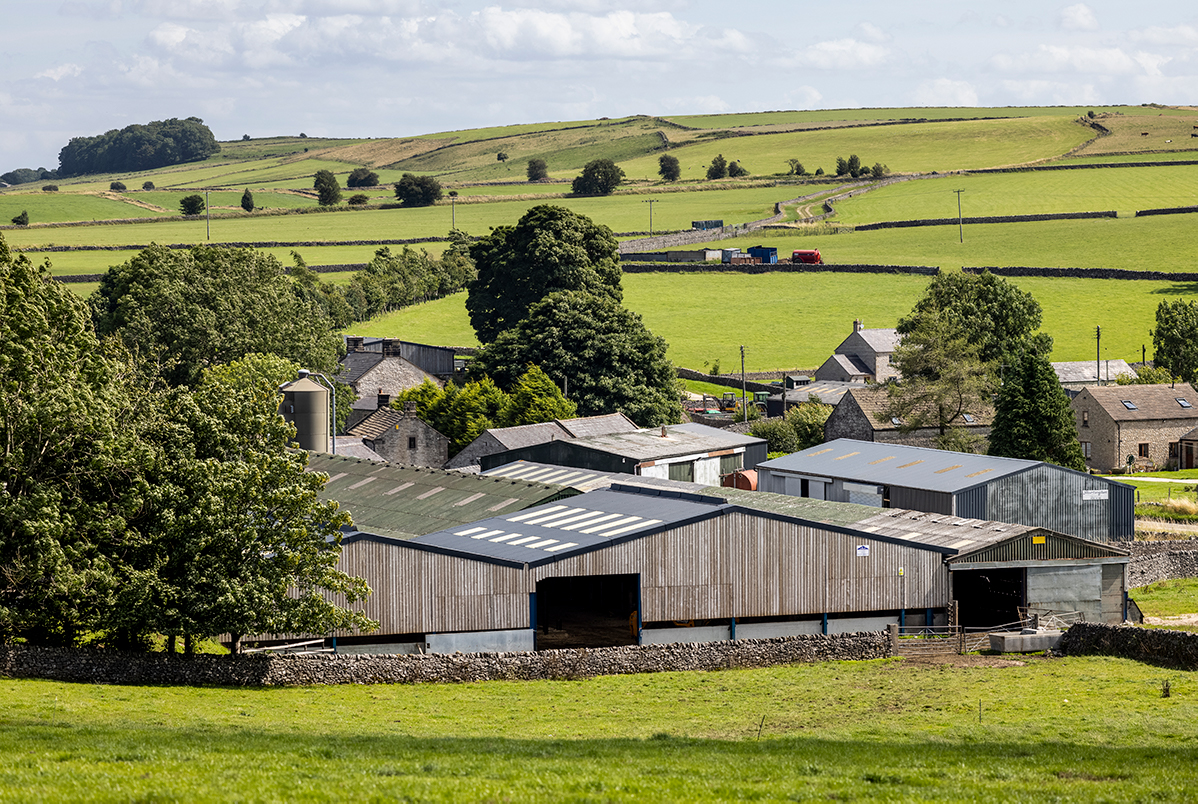 Hartington Creamery was established by the Duke of Devonshire in the 1870s and over the years has been synonymous with producing high-quality cheeses. After losing 80 per cent of sales at the start of the pandemic, the business was reshaped for the modern consumer and sales are now higher than pre-pandemic – with its artisan cheeses even attracting the attention of a Michelin-starred celebrity chef.

Their Creamery has a long history of cheesemaking and was once one of many cheese factories in the Peak District. It was also one of the largest employers in the area, with around 300 members of staff until the late 1990s. However, as the twentieth century progressed it became far more profitable for farmers to supply milk to the fast-growing urban townships, and one by one the cheese factories in Derbyshire gradually closed until only Hartington was left. It kept the Derbyshire cheese-making tradition alive up until 2009 when the factory closed. This tradition was reinstated in 2012 when the new Hartington Creamery Limited made its first cheese at Pikehall Farm in the Parish of Hartington, right in the heart of the Peak District. Despite being a much smaller team, with just 12 members of staff, most of those were long-standing employees of the original Hartington Creamery who have helped the business keep its historic cheese-making techniques alive.

Take a step forward to 2019 and Robert Gosling had taken charge as the majority owner. A dairy farmer by trade, Robert owned a nearby farm and he purchased Pikehall Farm in 2003, one of many deals supported by Fisher German’s David Merton. Robert is now the managing director of the business.

It also makes a bespoke cheese for the prestigious Chatsworth farm shop, part of the stately home in the Derbyshire Dales. Robert said: ‘Hartington Creamery has a fantastic history and is extremely well-known for its cheeses in the area. ‘It’s this long-spanning history which makes our cheeses incredibly popular with tourists. We’re well-stocked in the local area, and when visitors want to buy local produce they choose our cheese – not just for the product itself, but because of the story behind it.

“Diversification can be hugely rewarding providing it is the right thing at the right time for the business:

‘You also need to get the right people in to advise you. David does a fantastic job in terms of our property assets – his expertise was vital during the process – and we’d never have been able to launch our online business or produce targeted marketing campaigns without seeking support from digital experts. ‘Diversification can be hugely rewarding providing it is the right thing at the right time for the business.’

‘All of our cheeses are handmade, using traditional methods, but we like to make our cheese slightly different, making it slightly creamier and slightly milder to appeal to a younger audience who are our next generation of customers – and to this day, Stilton is our biggest seller. ‘When I took over the business in 2019 it was being run very differently to the Hartington Creamery of today. Our main customers were wholesalers, and even before the Covid-19 pandemic, the business was not as profitable as it could be.

‘When Covid hit we lost 80 per cent of our sales and I knew the business needed to adapt and be reshaped to cater for the modem consumer. We launched our online shop and looked for other routes to the customer through those who remained open during lockdowns, such as local butchers, fruit and vegetable sellers and dairies doing home deliveries ‘The business suffered financially last year, but we weathered the storm and have worked hard to get into a positive position by selling the right products to the right people’ Hartington Creamery has an online shop based on its website and also sells produce on Amazon and Etsy. Its cheese is not only stocked in local stores and used by pubs and restaurants across the Peak District and available through wholesalers, it is also stocked at a number of London-based artisan cheese stores.

The brand has built up a dedicated following online, with more than 12,000 followers on social media and more than 16,000 people signed up to its online newsletter. Its high-quality produce has also attracted the attention of Michelin-starred chef Tom Kerridge who Hartington Creamery is working with via The Cheese Merchant in London to include its cheese in his corporate Christmas gift hampers.

The business saw further success this year as staff member Ryan Gee, a fourth-generation cheesemaker, won the Young Cheesemaker of the Year Award at this year’s Virtual Cheese Awards.

Speaking about the future of diversification in farming, Robert said: “Diversification can be a fantastic thing for farm businesses – particularly with the phasing out of BPS payments. ‘Anyone looking into diversification should focus on their own USPs and do a lot of research. It’s important to consider what you’re doing and why, if the location is suitable and any costings. It’s also essential to look for gaps in the market and ensure there’s not too much competition in the local area.

Shown below are young Farmers, James Bennett and Abby Spurrell who live on Pikehall Farm and look after and milk the herd of 200 cows.  From field to the parlour to creamery all self-contained on the farm.